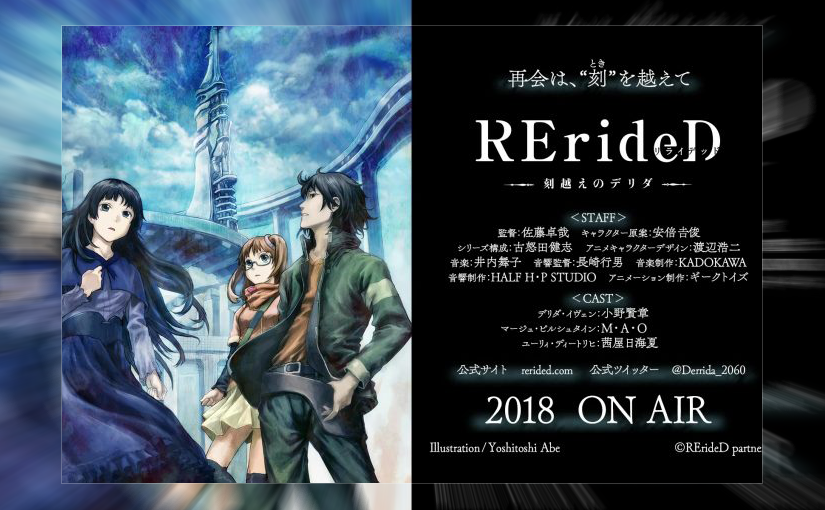 I came across the first four episodes of RErideD, scheduled to air starting October 2018. I gave it a try and was disappointed.
I’ve only watched the first episode and will not be watching more.

I will be spoiling the first episode, this isn’t much to be honest because it’s not really the destination that counts but the experience.

The story follows Derrida Yvain, an engineer, and Nathan, his friend. They found a bug with DZ, a series of robots, and really want it to be patched because it can be dangerous.

We hear on TV about a war but the channel gets changed pretty quickly but since we’re at a birthday party we should change the channel. The audience will be kept in the dark.

Obviously the plot won’t allow for it and their boss will attack them and Derrida will be going into cold sleep for a couple of years or something like that.

Also it talks about time travel at some point. Not sure if cold sleep counts as time travel.

This looks clearly like the first work of a newly founded studio, it’s not good and even the background don’t feel right.
This will be the 91 Days of 2018 from the looks of it.

CG cars will be CG cars.

That’s not how you deliver tofu but maybe he was just missing the eurobeat.

The characters are bad actors

Nathan looks like the basic four-eyes generic buddy that any main character has at some point and their boss looks like he could be the president of the free world.

While trying to display multiple emotions they seems to have a switch for normal to just angry and it flips quite fast.
The dialogs are awkward sometimes with Derrida asking about what kind of flower Mage, Nathan’s daughter, likes or when Nathan tells Mage to not run around because she could get ketchup on her red dress.

There’s also Mage’s friend that comes over that will obviously be a character we will be seeing in the next episodes.

The plot takes place in 2050 if the number on the deep sleep/cold pod is the current year but it’s unclear where and if it is in our world. The background look bland at best.

By the end of the episode we know that we are going through a post apocalyptic setting with the robots taking over or something.
But were we explained what place the robots have in their current society or how spread out is their use?

What is DZ exactly? To me it sounds just like a mysterious product that might interact with human lives but we don’t get to even see a single model until the end of the episode.
It seems that the DZ series are used by the military.

If you want to watch robots in the human society go for Time of EVE or I, Robot. Even Plastic Memories is much more interesting. For RErideD we get absolutely no context or any information on that. 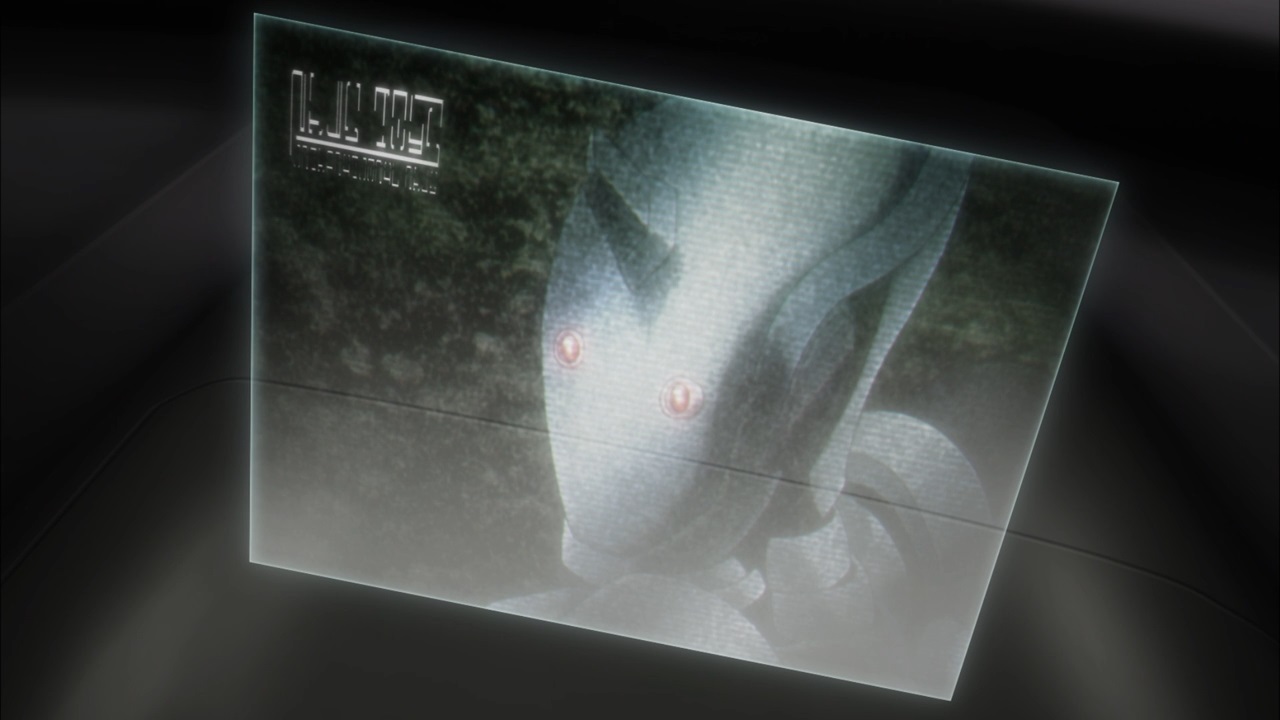 The backgrounds look bland at best, some of then have a mix of nature and semi-futuristic city while looking pretty bland and the building are not always coherent with the world present before our eyes.

I will not be watching more episodes, it’s good that new studios are founded but it feels likes they need some mentorship and to learn a bit more about animation and story writing.

I am no animator or story writer but I watch enough anime and read enough manga to understand what makes a story interesting and engaging. RErideD is not engaging and doesn’t try to interest the audience.

This isn’t an isekai anime so we shouldn’t be confused by the world like that.