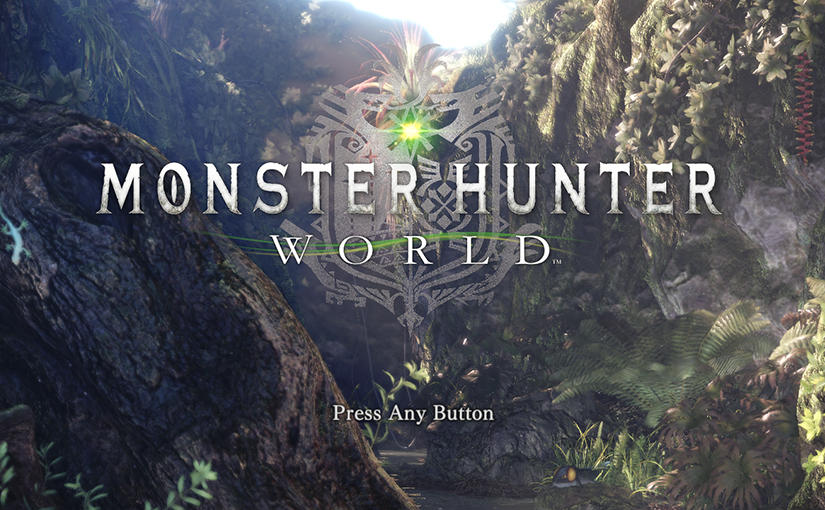 Monster Hunter World is the latest entry in the Monster Hunter franchise that is design for modern hardware. It’s not cheap since it’s basically matching the price of the console version but at least we are able to get it on the superior platform for once.

I’ve purchased the game on the 10th of August.

The graphics are quite stunning and the framerate is smooth. Some quality of life changes have been made compared to the 3DS versions too.

The loading times are actually quite good for spinning rust, A.K.A. mechanical hard drives.

While the zones can be confusing when starting, the map actually does a pretty good job at representing the entities (harvestable points, monsters…) and you will not get lost.

Fighting at 60FPS+ is the best improvement and walking away from a fight while chugging on a potion (spamming X because your life depends on it) is better than in the previous games. You will not pose when you have finished drinking a potion.
Aborting healing is also a tactical advantage and choice you might appreciate.

While sometimes you’ll be slaughtering small monsters, most of the game is a boss fight game and it’s really enjoyable when two bosses collided and start fighting each other.

The pacing of the game is the usual where you usually end up tracking the target and then taking it in (capture) or out (slaying). Sometimes you will have multiple targets.

It’s not possible to have more than one Palico unlike Monster Hunter Generations.

Graphically the game is very blurry with TAA, go with FXAA if you need antialiasing. The textures are really low quality for a game that came out in 2018 and the graphics do not justify the performance for a high end computer.

The tutorial doesn’t seem to be all that useful for the newcomers. It would be great if it was optional since it just feels like playing Final Fantasy XIII when you start the game. Cutescenes need to be skippable if I must absolutely play the tutorial.

The male characters’ faces don’t look very good. The female characters look better but that’s to be expected I guess. This is more the style of the game than trying to pull a Mass Effect Andromeda or pulling some experimental motion capture.
It’s original and the effort is appreciate. We will get used to it.

The amount of DLC on the page can be quite surprising for a newly released game. None of it seems required at the time of writing but it can be seen as cosmetic microtransactions.

I can sadly not test it on my laptop since it keeps crashing when starting to play. Even though the game was ported from console, decent hardware will be required.

As previously stated on the Steam page (with Steam Enhanced) the game uses Denuvo. The impact is currently unknown but we can only hope that they minimized the impact and that the Intel i7 3770 they ask for on the recommend hardware isn’t because of Denuvo.

As with just about any games that come out there are issues. Some issues are quite minor and some are major and gamebreaking.

If you are using an XInput gamepad such as a wired XB360 gamepad you will be surprised that it might not be detected by the game when Fraps is running. 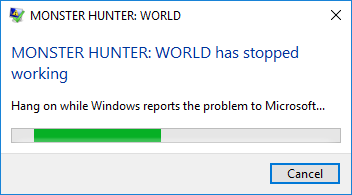 Having a hunter equipped with lightning weapons will make the framerate drop significantly. The Kirin must also affect the framerate.

Cheating is already starting to happen with amplified damage and inventory editing. Some would think that there would at least be something to do about cheating such as implementing a known anticheat but they did not.

Cheating is not impossible on console too.

Since I like capturing the raw gameplay with no commentary or any editing here is the video showing what the game is from the point of view of someone with a hundred or so hours in Monster Hunter Generations.

The game crashed once so the video will restart and I just stitched the video files together for the full experience (crash included).

This game is a bad port. If your war machine can’t handle it then you should wait for them to optimize it a bit more. It wasn’t worth waiting 6 months for this kind of results.

On the bright side though… The game is enjoyable as expected. It’s still aimed to the Monster Hunter fans since the tutorial will not be the part that will hook you onto the game. But if you like boss fights then this game franchise is made for you.

A bit more than 60 hours were needed to complete the game’s story and all available optionnal quests. Some farming was done because it’s a Monster Hunter game and equipment must be crafted.