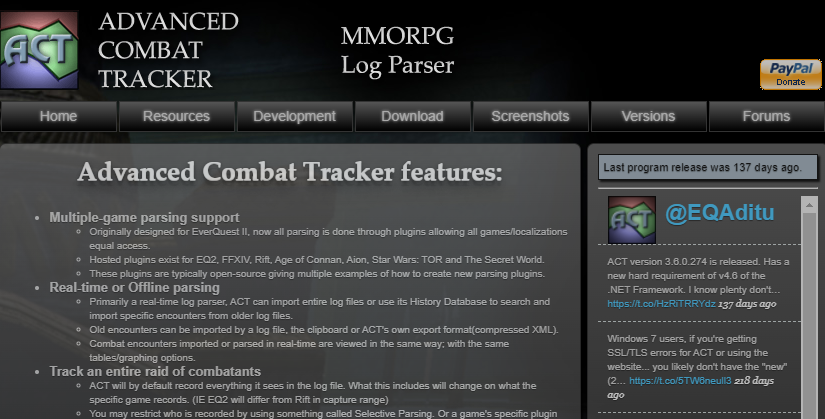 It’s weird that we can disagree on what’s cheating and what’s not sometimes, so I guess this is just my opinion.

Following a discussion I found on reddit and after listening on Discord to someone justifying using those third party tools to know the target’s moves in advance and even getting “help”, I can’t really believe that people are defending the use of those tools.

While some do claim that it improves the accessibility, I think that it solves the problem in a bad way.

Let’s talk about one tool in particular first.

As described on GitHub it’s an ACT overlay that provides raiding tools for Final Fantasy XIV. Presented like that it doesn’t seem like much until you start looking at the screenshot below:

On the middle of the screen there’s a notification and an order to avoid the next action the boss will do: Get out of front.

It can’t be made more obvious than that. Notifications and automatique callouts are accompanied with a bell sound or whatever is setup.

On the top left we have a timeline of actions:

These actions have a countdown on the right so you know what will happen and what to expect.
It does other things too and it’s not the only kind of tool that I would call a cheat.

A post was made on the Lodestone about third part tools. Basically third party tools are strictly prohibited, they say they will suspend and permanently ban repeat offenses. Do they really ?

Well let’s say that they did ask players to not push in this video:

In the case of ACT, it permits users to graph the DPS and other numbers, how different is that to typing the numbers manually on a calculator?
Yoshida argues that there’s no end to such a conversation and he’s right.
The whole video is interesting on its own so check it out.

The part where basically players shouldn’t push it is during the harassment part. Players shouldn’t be judging and discussing other players numbers. Player shouldn’t discriminate based on numbers shown in a third party tool.

On my part I can’t defend parsing because at some point we all meet a very toxic player telling you how to optimize your damage output. If the analytical tools like DPS meters were used only on a personal level, with no DPS shaming, then I don’t think these tools would be an issue.
Some great analytical tools exist such as xivanalysis that helps you improve your rotation. But like the music says one brings shadow, one brings light…

But what about the Cacbot tool mentioned above? Well to me that falls in the category of cheats since it appears to be able to display a timeline of actions that a target will take.
This does affect my experience too and I do not consent playing with cheaters.

Final Fantasy XIV has taken the approach of not running a classic anti-cheat with the game and that’s ballzy. Any other game would be running along with some kernel driver monitoring the game or some sort of other implementation just to make sure the players are playing by the rules.

Not having to deal with the down sides of an anti-cheat is great as it doesn’t impact the game’s performance.

If you need a third party tool to do the callouts or you do callouts based on that tool then you shouldn’t be bothering with the game. Especially if you suck at it with cheats.

Don’t defend the use of the Cacbot, it’s like having a wallhack in FPS. You know what’s coming. You know how it’s coming.

And don’t you dare talk to me about how you hate spoilers if you have a precise timeline for each and every action the boss is going to do. You are the one spoiling the fight and you are affecting my game with your cheats.